Congratulations to all officials on the following appointments to the 2018/19 Altrincham & District FA Cup Finals:

A huge thank you to all the individuals and companies who donated prizes to our 2018 Christmas raffle, and of course to everyone who purchased tickets. The funds raised make a massive positive impact to the training and development opportunities for referees in the Altrincham & District area.

The draw was conducted during the December meeting and the full list of prizes and winners can be viewed by clicking here.

We are delighted to announce that our Young Referee of the Year for 2017/18 is Charlotte Phillips. Charlotte ended an outstanding season with appointments as Referee for a County Cup Final and 4th Official for a National Cup Final. In addition, Charlotte volunteered some of her time during the season to mentor trainee referees and serve on the ADRS Committee.

The trophy was presented to Charlotte by Premier League and FIFA Referee Michael Oliver. 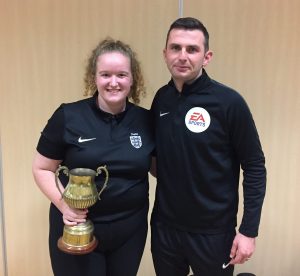 Details have been announced for the next local New Referee Course to be run by Cheshire FA. 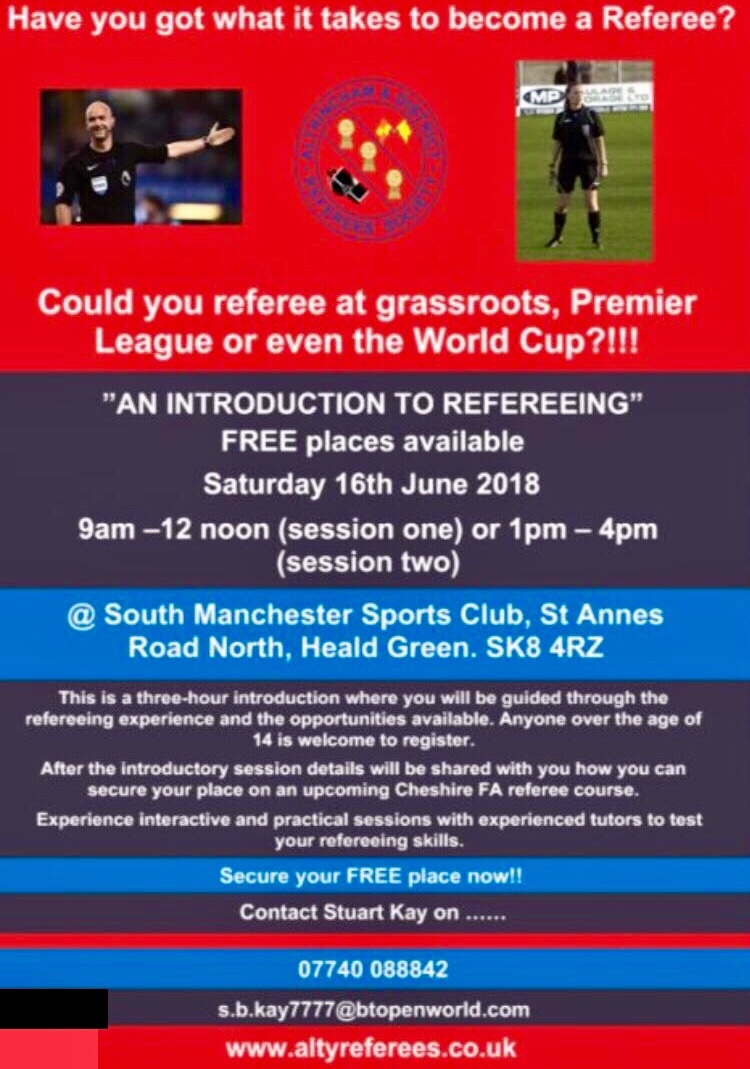 Congratulations to Charlotte Phillips and Matthew O’Shea who were Referee and Assistant Referee for the Cheshire FA Ladies Cup Final, alongside Adrian Duicu and Tom Harrison from Chester.

We’re absolutely delighted that Charlotte Phillips has been appointed to the FA Girls Youth Cup Final as Fourth Official. Another great appointment for our leading female referee. Good luck to all the officials.

Congratulations to all officials on the following appointments to the 2017/18 Altrincham & District FA Cup Finals:

Thank you to everyone who purchased tickets for our 2017 Christmas raffle. The funds raised make a massive positive impact to the training and development opportunities for referees in the Altrincham & District area.

The draw is being conducted in stages during the December meeting, and winners will be listed on the linked page as they are drawn: http://www.altyreferees.co.uk/christmas-raffle-winners-2017/

Our annual Christmas raffle generates funds for the Society to enable us to continue supporting the development of referees in the District. Tickets for the 2017 draw to be held on the evening of Thursday 14th December can be bought online via our JustGiving page. For every £2 donated, a ticket will be entered into the draw in your name (please remember to leave your name and contact details with your donation!).

Prizes include an iPad, a Fit Bit, an Amazon Echo, a Samsung Tablet, £50 in Toys R Us vouchers, plus many smaller prizes of wine, chocolates, etc.