Following a successful tournament, Anthony Taylor has been appointed as referee for the UEFA European U19 Championship Final in Greece. Sunday’s final will be contested by Spain and Russia, and will be live on Eurosport at 18:45.

Anthony will be assisted by Dennis Rasmussen (Denmark) and Nemanja Petrovic (Serbia), with Tamas Bognar (Hungary) as 4th official.

The match between Arsenal and Chelsea will be held at Wembley Stadium on Sunday 2nd August 2015 (3pm).

Anthony will be assisted by Gary Beswick and John Brooks, with Roger East as fourth official and Michael Salisbury as the reserve assistant. Our congratulations go to Anthony and all of his team.

Anthony Taylor has been selected as one of six (and the only English) referees for the UEFA European U19 Championship Finals being held in Greece during July.

The two week, eight team tournament kicks off on Monday 6th July, and we’re delighted that Anthony has been given the honour of refereeing the tournament’s opening match between hosts Greece and Ukraine.

We’re delighted that Anthony Taylor has been appointed as an Additional Assistant Referee to this season’s UEFA Europe League Final.

Cheshire FA referee registration is open for the 2015/16 season via the Whole Game System. Could all referees please complete this process as soon as possible.

We’re delighted that the Altrincham & District FA have 27 newly qualified football referees following completion of their latest course at Sale United FC, led by Stuart Kay. After attending a 3 day course in November and passing an exam on the Laws of the Game, the trainee referees have been refereeing in the Timperley & District Junior Football League under the watchful eye of mentors. Having successfully completed a number of matches, they have now been signed off as FA Qualified Referees.

We look forward to the new referees joining the society next season. 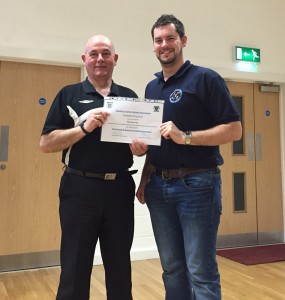 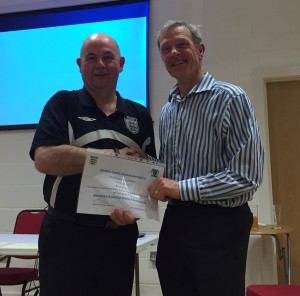 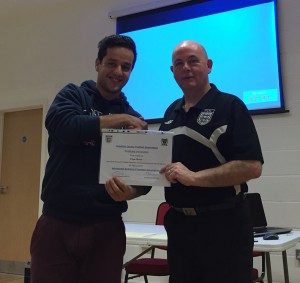 Next Event: Sat 28th May